Even tough is not complicated, there are a series of steps that are suggested to take, in order to be able to be productive while developing Data Science solutions using a Mac machine with the Python language.

In this article I'll show you a series of steps you can take to achieve just this without too many fuzz.

But the fact of the matter is that Mac OS comes with an outdated version of Python, and that version could give you issues with newer solutions.

So its required that you start by installing a new version of Python alongside of the stock one.

If you have brew its just a matter of executing in your terminal.

This will make the python3 command available globally in your machine.

For starters we need only one extension, and that would be the official Python extension. That can be installed in the terminal by issuing:

There are other extensions for Data Science but that one will suffice.

The previous 2 steps are required on a global scope. Now its time to setup your project.

The first step is to create a virtual env in your work dir: 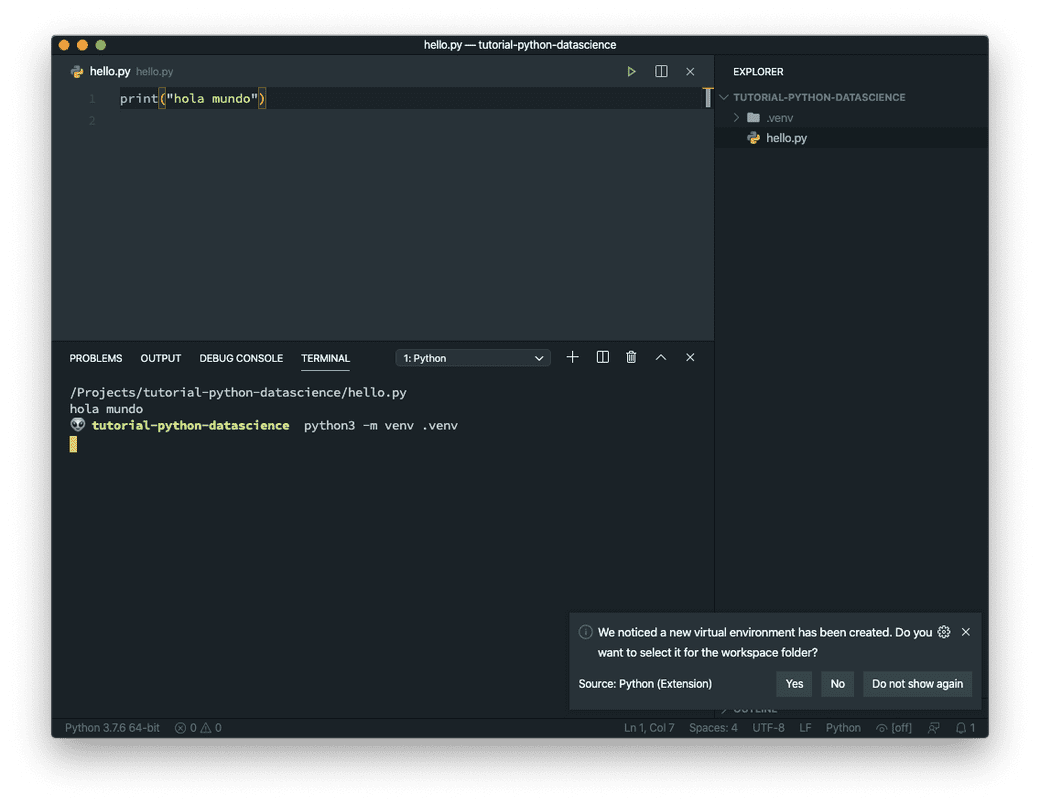 If you notice from the image, Visual Studio Code prompts you to use that Virtual Environment, which you should. 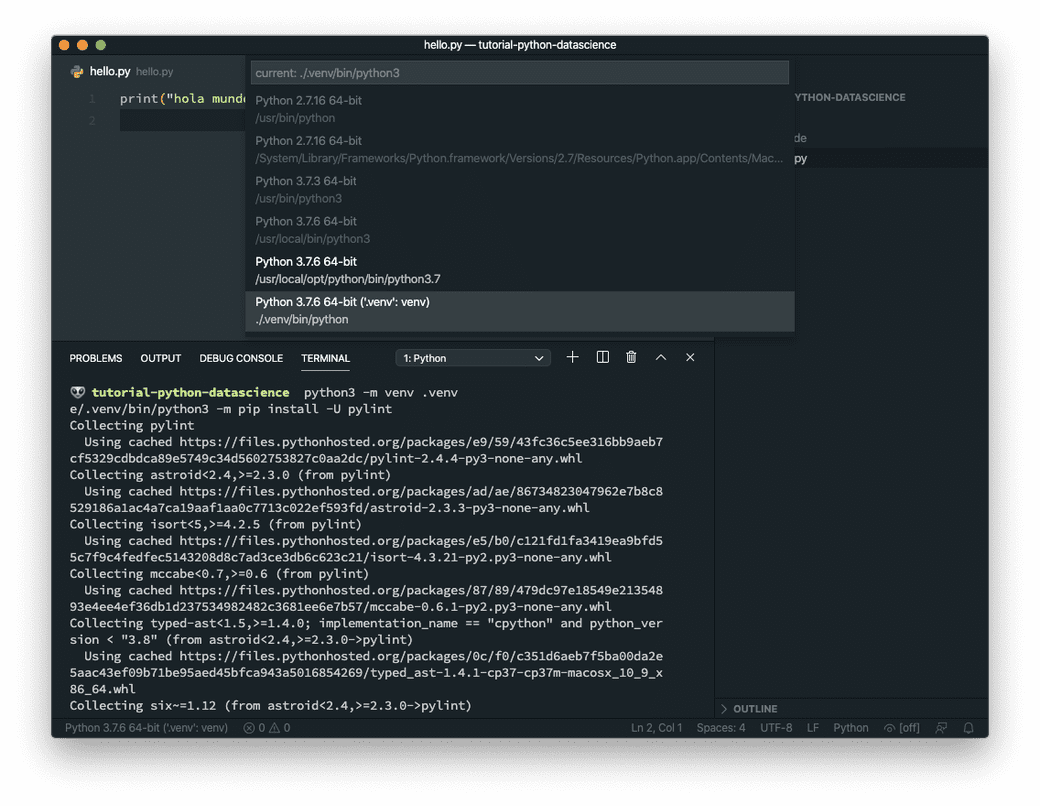 In the last step Visual Studio asked you to install 2 Python modules:

If it didn't, here are the commands to install them in the terminal:

The first module (pylint) will make sure that your code is free of bugs and of good quiality to an extent.

The second module (autopep8) will format your code so it follows the PEP 8 style guide.

This is not part of the process but its cool to show the power you get by following the previous steps. Lets install Python's MatPlotLib and execute a small plotting test.

Firs install the module in our Virtual Environment

Then create an small plotting program

This code is taken from the Python Tutorial in Visual Studio Code site on https://code.visualstudio.com/docs/python/python-tutorial

And finally fire it using the run button: 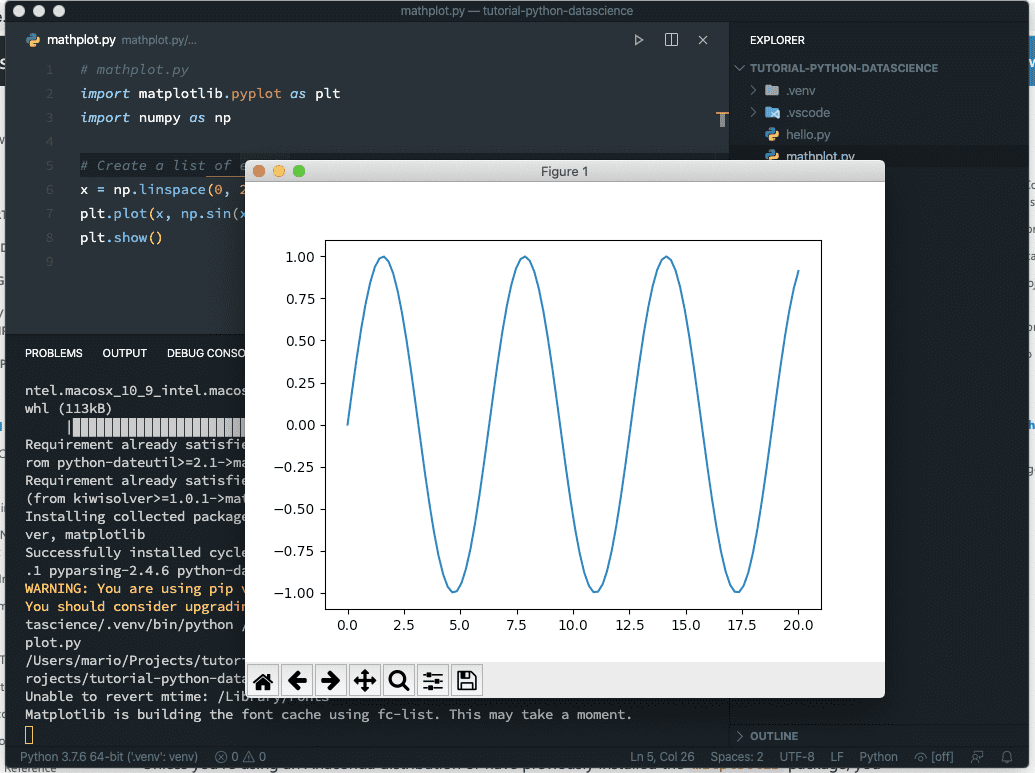 As you can see, Visual Studio Code is a very capable Python IDE with the advantage of being very light and very versatile.

Hope you find this tutorial useful.